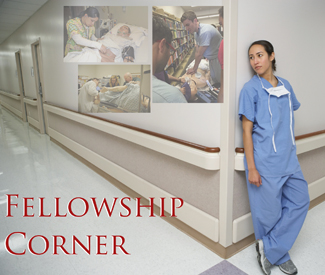 PROVIDENCE, R.I. – When our fellowship began, we chose our project topic to be about how Veterans were assessed for Military Sexual Trauma (MST) here. Interest in this topic arose from being present for a panel discussion for returning women Veterans speaking candidly about the difficulties they faced after being discharged from the military. One topic noted during this discussion pertained to obtaining treatment at the VA for MST.

We contacted our MST coordinator at the PVAMC for her feedback, and she agreed that assessment could possibly be improved through the use of simulation. We decided to concentrate our efforts on assessment of the newly returning Veteran population.

At the PVAMC, we have a Post-Baccalaureate Nurse Residency Program (PBNR), as well as a Transition to Practice Program (TTP) for nurses who are in transition to nursing practice after working in another area in VHA. It was determined that a simulation would be created for these two groups, and they would contain three main objectives: to provide them with an opportunity to assess a Veteran who had experienced MST, to allow them to discuss resources available with the Veteran, and to report their findings to the Veteran’s primary care provider.

Two simulation scenarios were developed using the SimLEARN scenario development template; one involved a male Veteran, and the other a female Veteran. Histories were crafted for each of them, and scripts using a National League of Nursing template were created for the standardized patient actors for prompting, if necessary. A pre- and post- test was created and consisted of seven questions. The tests were used to assess the participants’ basic knowledge of MST, as well as their comfort level in conducting an assessment. A short presentation, previously created by Margaret Bell, Ph.D., a member of the MST support team in the VA Office of Mental Health Services, was chosen for use as a didactic piece prior to the simulations.

A group of eight PBNRs and TTPs participated in the activity, and the pre-test was completed prior to the presentation. Following the didactic piece, the group was split into pairs. Two simulation rooms were used; one for the assessment of the male, and the other for the female Veteran. All of the simulations were observed by one participant, and then that person conducted the second assessment, giving all participants the opportunity to both observe an assessment and conduct one. Participants decided between themselves whether they would conduct the male or female assessment. Following the simulations, the participants and the facilitators were debriefed as a group, and the post-test was administered.

The pre- and post-tests were identical and contained five questions. Two questions asked participants about their comfort level assessing a Veteran with MST. Two questions asked participants if they were familiar with resources available for Veterans regarding MST, and the last question examined comfort levels regarding sharing assessment findings interprofessionally. The answers were based on a 5-point Likert scale; from strongly agree to strongly disagree.

The pre-test demonstrated that all of the participants had an understanding of what characteristics might constitute MST, and it was also found that out of the eight participants, only one had any experience assessing a patient with MST.

Following the simulations, all participants either strongly agreed or agreed their comfort levels were increased relating to the assessment of a Veteran with MST.