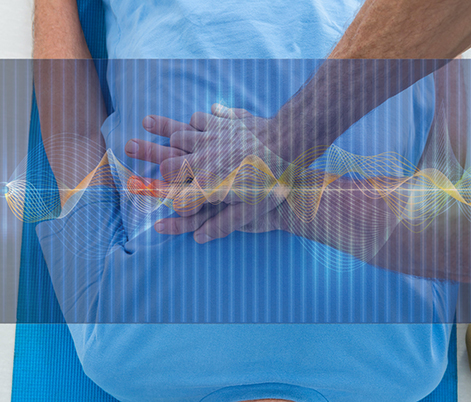 ORLANDO, Fla. – VHA staff train regularly to care for our Veteran patients in VA facilities. It is rare for staff to be involved in an emergency outside of VA, but it does happen. That situation happened recently when Phil Hargreaves, director of VHA’s National Simulation Network, was waiting to board a flight to Washington D.C. at the Orlando International Airport.

Hargreaves, a registered nurse, who also leads VHA’s Resuscitation Education Initiative (REdI) for the Employee Education System's Simulation Learning, Education and Research Network (SimLEARN), was nearby when he overheard a call for a doctor to a nearby gate. REdI is a national program to standardize, document, track and monitor the provision of Advanced Cardiac Life Support (ACLS) and Basic Life Support (BLS) training throughout VHA.

“(I) went to have a look and saw a traveler supporting a gentleman’s head that was sitting in one of the seats near the gate,” he said. “I assessed (the man) and saw he was turning blue, with a slow thready pulse and no effective breathing.”

He confirmed 911 had been called by gate staff and moved the man to the floor, cleared the area and started cardiopulmonary resuscitation (CPR).

“Other folks arrived and self-identified as two doctors and one nurse,” said Hargreaves, who continued CPR while an automated external defibrillator (AED) was being attached. “The AED completed its check and no shock was advised.”

“I was relieved from doing CPR, and after feeling assured that the EMS folks had what they needed, I went to the restroom to wash my hands and went back to my gate to board my flight,” he said.

When he returned to Orlando from his trip, Hargreaves checked on the condition of the man. He didn’t survive, and according to what he understood, “the man had a ruptured aneurysm where the chances of survival would be pretty slim, even in a trauma center.”

Hargreaves added that AEDs help but not all arrests get a shock, and to just keep doing effective CPR. According to the American Heart Association’s "Heart Disease and Stroke Statistics 2017 At-a-Glance," about 350,000 Americans die of cardiac arrest each year. The majority of out of hospital arrests occur at a home or residence (70 percent) while 20 percent are in public settings and 10 percent in nursing homes.

Hargreaves added, “The ability to perform high-quality CPR at any time will dramatically increase the chance of survival. Are you ready and able to save a life?”