Simulation and the South Texas Ice Storm of 2021


We South Texans don’t do cold well and so when the ice storm of February 2021 arrived, we weren’t prepared for single-digit temperatures, icy roads, and a grid that lost power for 96 hours. The last time single digits were in San Antonio was over 30 years ago.

Christopher Sandles, the Director of South Texas Veterans Health Care System (STVHCS) declared weather leave for many of us who lost power, heat, electricity, and water at our homes, not to mention impassable ice-covered roads. Three days later, when the South Texas Veterans Health Care System Simulation Team arrived back to work, they were welcomed by water damage to their simulation center, equipment, and administrative offices. Sprinkler system pipes had frozen and burst causing severe flooding to the area. The floor in which the simulation center was located had over 6 inches of water. Water poured in from the ceiling and had gone unnoticed because it occurred on the weekend in an area that is usually unoccupied.

After surveying the damages, it was clear that the entire team and program had to relocate, but as many of us know, finding space at a VA hospital is very challenging. The simulation team met and worked out a plan. It took several meetings with the members of the Facilities Coordinator, Office of the Director, Engineering, Maintenance, and plenty of negotiating! What was most helpful was our simulation program’s visibility and the effectiveness of our trainings across STVHCS. STVHCS Simulation Center worked with Nursing Education and Polytrauma to acquire space for simulation training. In a matter of days, the simulation staff administrative offices, VAM (voice-assisted manikin) and Simulation Center was re-opened with a disruption of only 3 days of programming.

It took a great deal of flexibility from the simulation team, creativity, and the support of our Acting Chief of Education, Dr. David Bell, to implement a plan that minimized simulation program interruptions. Many of the trainings were scheduled in-situ with the support of the Nurse Managers.

With the changes of simulation training due the pandemic and now the damage to the Simulation Center due to the ice storm flood, we were afraid our program would be, er, frozen. Buoyed by our system-wide support and by willing collaborators, the simulation team and leadership pulled together to find a solution. This was truly a demonstration of resiliency! 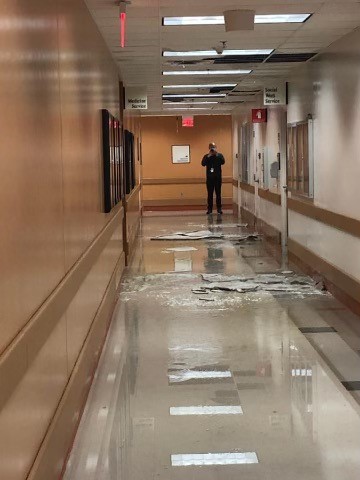 Pictured:  The STVHCS Simulation Center sustained 6 inches of water from the bursting of their sprinkler system. Falling ceiling tiles and flooded hallways were seen throughout the 3rd floor where the Center is located. 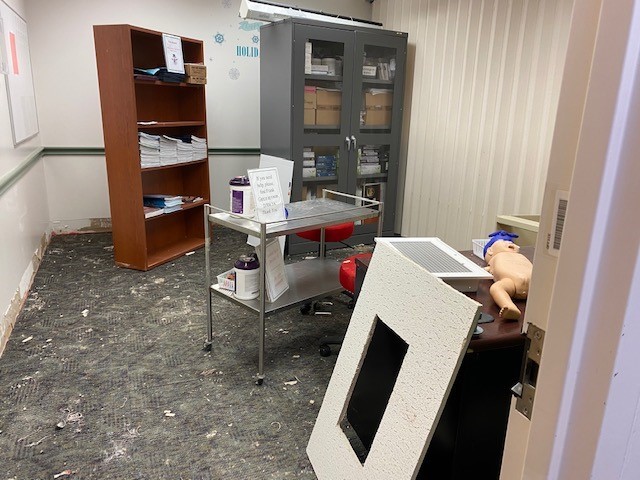 Pictured: the VAM Center where we had 24-hour VAM accessibility 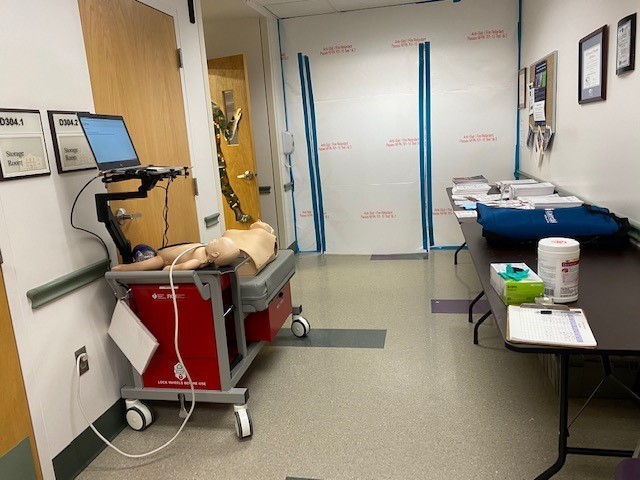 Pictured: the VAM Center was temporarily moved to a hallway initially to prevent interruption in their BLS/ACLS programs